About Oli > Our People > Stephanie Cannariato 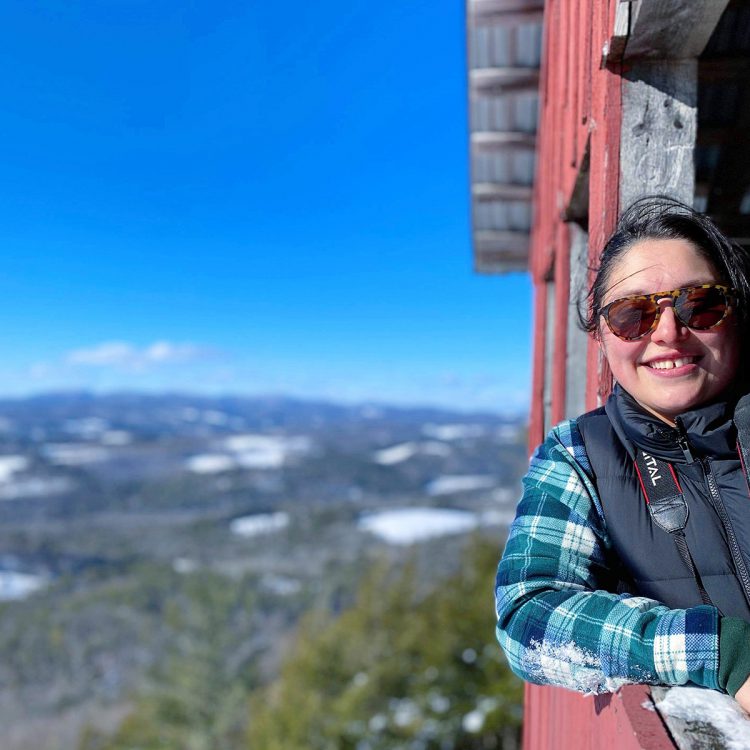 Stephanie Cannariato is the Executive Chef for everyone on campus. Stephanie was born and raised in the Bronx, New York City, but her heart has always had a soft spot for the woods and wilderness. Stephanie grew up vacationing in New Hampshire, Vermont and Maine her whole life, and it became her dream to reside in this area permanently. Stephanie feels so lucky to have found an amazing community like Oliverian in such a beautiful place.

Stephanie has worked in a variety of places in the fields of education and food service. Since 2016, she has worked officially at a neighboring camp to Oliverian, Kingswood Camp for Boys, but has been involved with them as early as 2007. There, she spent half of her time in the kitchen and the other half working as a counselor. With the support of administrative staff, Stephanie was able to develop a cooking and gardening program. A passion of Stephanie’s is helping young adults build a healthy and close relationship to nature and the environment around them.

Stephanie’s love for cooking started in her parent’s kitchen, but it has expanded far beyond that. She has worked in many restaurants in NYC, mainly in the West Village of Manhattan and in the little Italy area of the Bronx. Stephanie also spent the better part of the last decade traveling and also catering festivals and events for private clients requiring alternative foods, including vegan and gluten free options. Stephanie has been part of teams catering to as few as eight people and as many as twelve-hundred, and loves it all.

When Stephanie isn’t working, you can find her on a mountain hiking or biking, on a lake canoeing or kayaking, or deep on a journey into the history of the local area.

What do you love most about working at Oliverian?
“It is such a welcoming and caring community; I felt like family right away. It seems like everyone has a place here, and in the loveliest of locations.”

What motivates you to work with young people?
“To me, every “kid” is just a future adult, and being there to help them navigate what it will mean to be an “adult” is so important. I enjoy helping students build something positive, fostering a desire and interest in self-driven learning that will hopefully last them their whole lives.”