About Oli > Our People > Wayne Scott 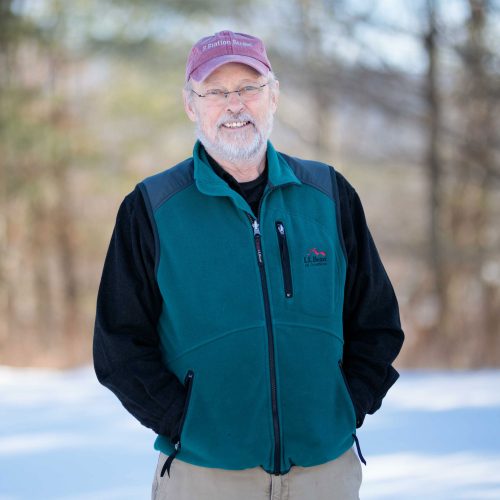 Wayne Scott, Mathematics Teacher, returns to New Hampshire after 14 years overseas. He was born in Florida, but raised in Vermont and graduated from Middlebury College where he subsequently worked as an assistant in instruction for the biology department. For 10 years, he traveled extensively as a naturalist guide for NYC-based Quester’s Worldwide Nature Tours, sharing his fascination for the natural world and especially birds. He designed and led tours to over 35 different countries scattered across the Americas, Europe, Africa and Asia.

Weary of living out of a suitcase and eager to set roots after such a peripatetic lifestyle, he followed his heart and desire to work with middle and high school students teaching science and math and coaching soccer and ice hockey in Westchester County, NY. Wanting to raise a family away from the bustle of metropolitan New York, he and his wife Sue happily moved to Hanover, NH where Wayne joined the faculty at Crossroads Academy in Lyme, NH and Sue went to work for Dartmouth College.

In 2003, with a four-year-old Charlie in tow, they moved to Kyiv, Ukraine as a trailing spouse. He joined a business news website in Kyiv where he was the managing editor in the aftermath of the Orange Revolution. Ultimately, the return to teaching was a no-brainer when a position opened at the Kyiv International School where he taught middle and high school science and math and coached tennis for 4 years. When his wife became country director for a media development project in Bosnia and Herzegovina, the family, along with two dogs, packed up and drove to Sarajevo arriving there on Christmas Day, 2010. Quite fortuitously, the high school math position became vacant at the small International School of Sarajevo, where, until June 2017, Wayne taught every math course from pre-algebra to AP Calculus. He organized the Central and Eastern European Schools Association’s 2016 Math Competition for high school students, an endeavor that brought over 60 students from 10 schools to Sarajevo.

He is excited to be back in New Hampshire and to be part of the Oliverian family. The school’s beautiful rural setting and the warmth, supportiveness and professionalism of the staff have made his transition back stateside and to the school virtually seamless. In addition, he is excited to continue working with and mentoring students to help them negotiate the sometimes-difficult passage to becoming adults who are confident and informed independent thinkers.