Faculty Spotlight: Noah Brennan-Sawyer on Technology in the Classroom

Letter from Head of School Will Laughlin: YOUR ATTENTION, PLEASE! 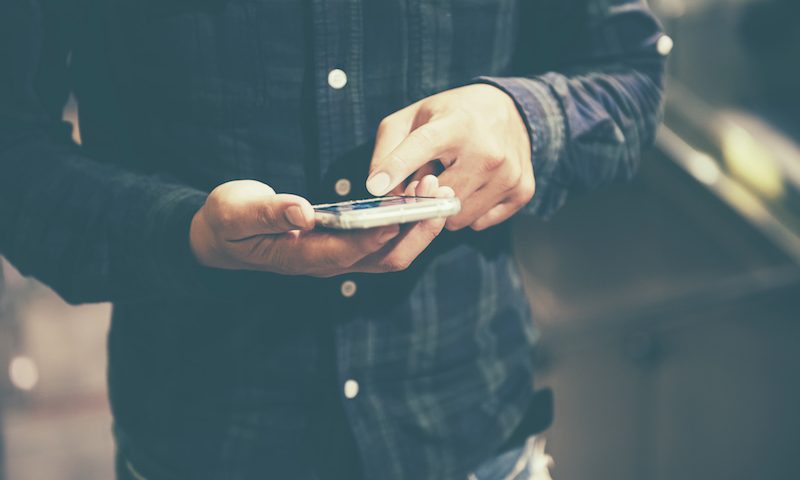 Oli Today > Blog > From Game Addicted to Unplugged: Why Oli Graduate Jonathan Pines Decided to Put His Phone Down

We sat down with recent Oli graduate Jonathan Pines to talk about technology — and why he’s been choosing to stay away from it.

When 2018 Oliverian graduate Jonathan Pines was a freshman and sophomore in high school, he was so addicted to video gaming that he says he had time for little else in his life. Now, as he prepares to begin studying geoscience at Franklin & Marshall College in the fall, he says he hasn’t played a video game in years — what’s more, he’s quit social media altogether. Without the constant distraction, Jonathan says he’s found that his new, limited relationship with technology has made him more focused and able to enjoy the world around him.

Q: Can you share a little bit about your relationship to technology throughout your high school career?

A: I kind of forget how addicted to technology I felt back when I started at Oliverian. It’s been so long! I used to play a lot of video games my freshman and sophomore year — I would guess anywhere between six and ten hours a day. Usually, right after school, I’d get on my computer and wouldn’t get off until I went to bed. When I first got to Oliverian, I was following that same trend. But moving into my junior year, I stopped playing video games — I just dropped them. I used my phone a fair bit, but I didn’t play games on my phone and I tried to stay off of it if I could. Now, technology is just a means of contacting people for me — texts, emails, calls. I don’t use any social media anymore.

Q: When did you decide to go off of social media?

A: That was during my last few months of senior year. I was like, “I don’t want any of this junk anymore.” That was prompted by some struggles with friends — I didn’t want to see what they were doing, so I just deleted my Snapchat, Instagram, Facebook, all of that. It’s really nice. I think we forget that we can put our phone or device down and actually live in the real world. Social media doesn’t make you happy; it didn’t make me happy. I thought it did for a long time, but it never really did. Since I’ve deleted all of it, I’ve been much more focused and enjoying more things — enjoying more life.

Q: When a lot of people think about deleting social media, they worry that they’ll lose touch with people. Have you noticed any of that?

A: Truthfully, I think if you’re trying to keep a relationship over solely text or Facebook, I don’t think you’re really interested in keeping it at all. If you’re really interested in maintaining that relationship, you should take the time and effort through phone calls and Skype and in-person visits to see that person. I think social media adds a level of obligation to stay in touch with people; once you move away from that, you’re not obligated to keep Snapchat streaks with people you don’t even see in real life.

Q: Have you been filling your time with something else? What’s been taking the place of scrolling through Instagram?

A: I never spent a whole lot of time on social media, but something I’ve been doing instead of that is just sitting and being with myself in moments when people would usually be on a device. As far as more serious things that I’ve been doing-doing, I’ve been repairing antiques, which has been pretty fun.

Q: Are you checking your phone less overall?

A: I’m on it to talk to my parents or to read texts from a friend or two, but I don’t check it nearly as much as I did when I had social media.

Q: As you head off to college, are you planning to stay off of social media?

A: I’ve definitely experienced a few weird looks when I say that I don’t have a Snapchat or Instagram, but no, I don’t ever plan to go back.

Q: Do you have any tips for people younger than you trying to strike a balance with social media or wondering if they should go off it?

A: I hope Dr. Tice sees this. “Let go” — that would definitely be my advice.