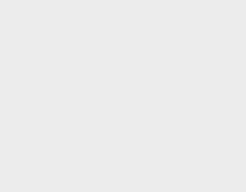 About Oli > Our People > Laurie Pzena

Associate Chef and Culinary Instructor, was born in NYC, and lived in Livingston, NJ from ages 3-18. She initially attended University of Michigan, Ann Arbor Art School, but finished her education at SMFA (School of the Museum of Fine Arts, Boston) with a BFA from Tufts University, 1983.

After college she remained in the Boston area for 25 years, initially working in various loft painting studios by day and cooking, baking, waitressing by night. She brings her 25+ years of experience in the culinary field to Oliverian where she genuinely loves feeding people, with a goal of bringing a sense of family love and caring to students at mealtimes.

This is her fifth year at Oliverian, having initially learned about the position and school from a former Oliverian dorm parent, a co-worker at Three Mile Island Camp, an AMC (Appalachian Mountain Club) facility where she bakes for 120 people per day, and assists in mentoring and training college student crew members.

Laurie arrived in NH 15 years ago after purchasing 25 acres of woods abutting the White Mountains on Stinson Lake, on the side of Stinson Mountain with a view of Mt. Moosilauke, and proceeded to fulfill her dream of building a house. She designed and built a straw bale timber frame house with a few other people, and is still working on fine-tuning the finish work. During those years, she was a graphic designer working from home, which for a chunk of it was a tent on the property, with a drive down the mountain to find internet access to file work. In addition to her years as a graphic designer, previous positions include business office manager, benefits administrator, limousine driver, kitchen manager, chocolatier.