About Oli > Our People > Kim McManus 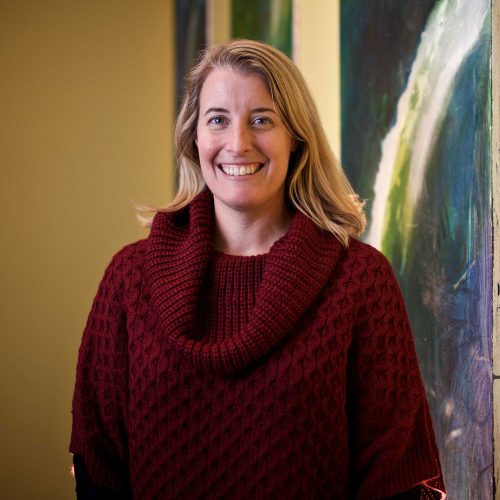 Kim served on the Oliverian Board of Trustees from 2012-2018 and continues her work for Oliverian as part of the advisory committee. Kim is the Assistant Director of Brown Ledge Camp, a girls camp located in Colchester, Vermont, where she spent several summers when she was growing up. Prior to going to work for Brown Ledge, Kim worked at Oliverian for several years, first as a humanities teacher, and later as Dean of Academics and Associate Head. Kim received her B.A. from Tufts University and her J.D. from Washington College of Law at American University. She worked for two years as an attorney for the New Hampshire Public Defender’s Office before shifting her career path toward education. Prior to going to work for Brown Ledge, Kim served on its board of trustees for several years. An avid sailor, Kim lives in Burlington, Vermont with her husband, Mike. They have a young son, Finn.

What do you love most about Oliverian?
“I love seeing that the Oliverian experience helps students regain the ability to be interested and excited about the world around them.”