Letter from Head of School Will Laughlin: Be at Home Wherever You Are 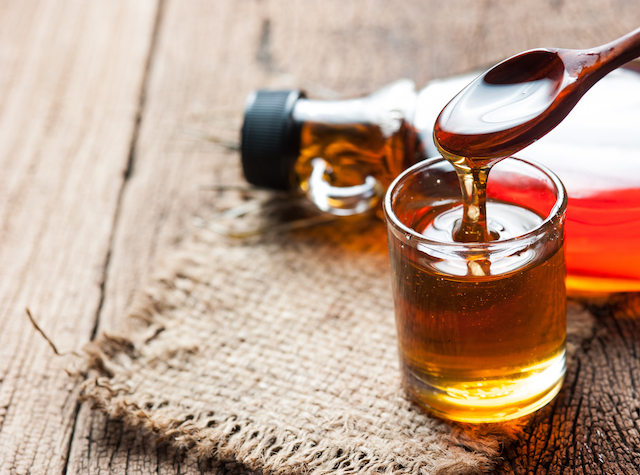 Oli senior projects are an important part of our students’ final year of high school. Senior projects help prepare students for college and beyond by empowering them to design, research, and carry out an independent study program in the field of their choice.

Senior Sydney Roth embraced her senior project as an opportunity to reinvent a family tradition. Her project focused on producing syrup from local maple trees, a topic she chose in honor of her uncle who ran a maple sugaring business before he passed away from ALS in 2017.

“In October 2012, my uncle Eric was diagnosed with ALS,” Sydney explains. “Despite his disease, my uncle was positive and wouldn’t let anything stop him. He continued producing maple syrup until the month he passed away. His perseverance has impacted my life in more ways than one.”

In addition to carrying on her uncle’s memory, Sydney was motivated by her own passion for the sugary topping. “I grew up in New England and have always loved maple syrup,” she says. “I’m a self-proclaimed maple syrup snob.”

Diving Into a Topic

After choosing her topic, Sydney conducted extensive research on the maple sugaring process. She recalled her own experiences helping her uncle and used online resources provided by the Cornell University Maple Program. She then reached out to Oli staff members who could guide her in achieving her goal.

Sydney explains, “One of the teachers at the school had old buckets and a spile (what you use to tap a tree with) that they hadn’t used before, so they let me borrow them. Then I borrowed the turkey fryer from another staff member, and I got a candy thermometer from a different staff member.”

Once she had gathered her resources, Sydney got to work. She learned that in order to produce superior quality syrup, she would have to put in some long hours. “Each week I would sit for 10-12 hours in the cold boiling it,” she says. “Most weekends I would spend an entire day outside. Some days I would boil from 4 pm to 9 pm after school.”

According to Sydney, it’s necessary to boil the sap in order to remove some of the water and turn it into syrup. “When you get the sap, it looks very clear, almost like water,” she says. “It contains about 2% sugar. You have to boil all that water down so that it contains about 66% sugar and 34% water. When you boil it down, that sugar is more prominent, so that’s what gives it the golden color that we expect when we see maple syrup.”

Sydney learned a lot about all of the work that goes into producing a jar of maple syrup. For example, she found out that it’s important to filter the syrup to remove the leaves and other natural materials that can make their way into the sap. “I didn’t have any professional materials, so it was a little hard,” she explains. But the delicious results prove that she was able to be resourceful and turn her project into a success.

Sydney says that she is not naturally an outdoorsy person, so this project was a way for her to challenge herself. During the long afternoons and weekends tapping trees and boiling sap, she learned the importance of perseverance.

“I learned that it takes a lot of patience, and the ability to sit out in the cold for however long you have to,” she explains. “I had to learn how to rely on the weather, because if I wanted to get more sap, I couldn’t always do it if the weather wasn’t right.”

Sydney knew her project was a success when she gave the senior project committee some maple syrup and pancakes to enjoy as she gave her final presentation. “They all loved it,” she says.

Sydney is headed to college in Georgia in the fall, so she doesn’t know if she’ll have the chance to make maple syrup again over the next few years. But she enjoyed her experience so much that she wonders if one day she’ll return to those maple trees in the cold of the New England winter. “If I ever have the opportunity to make it again, I would do it in a heartbeat,” she says.